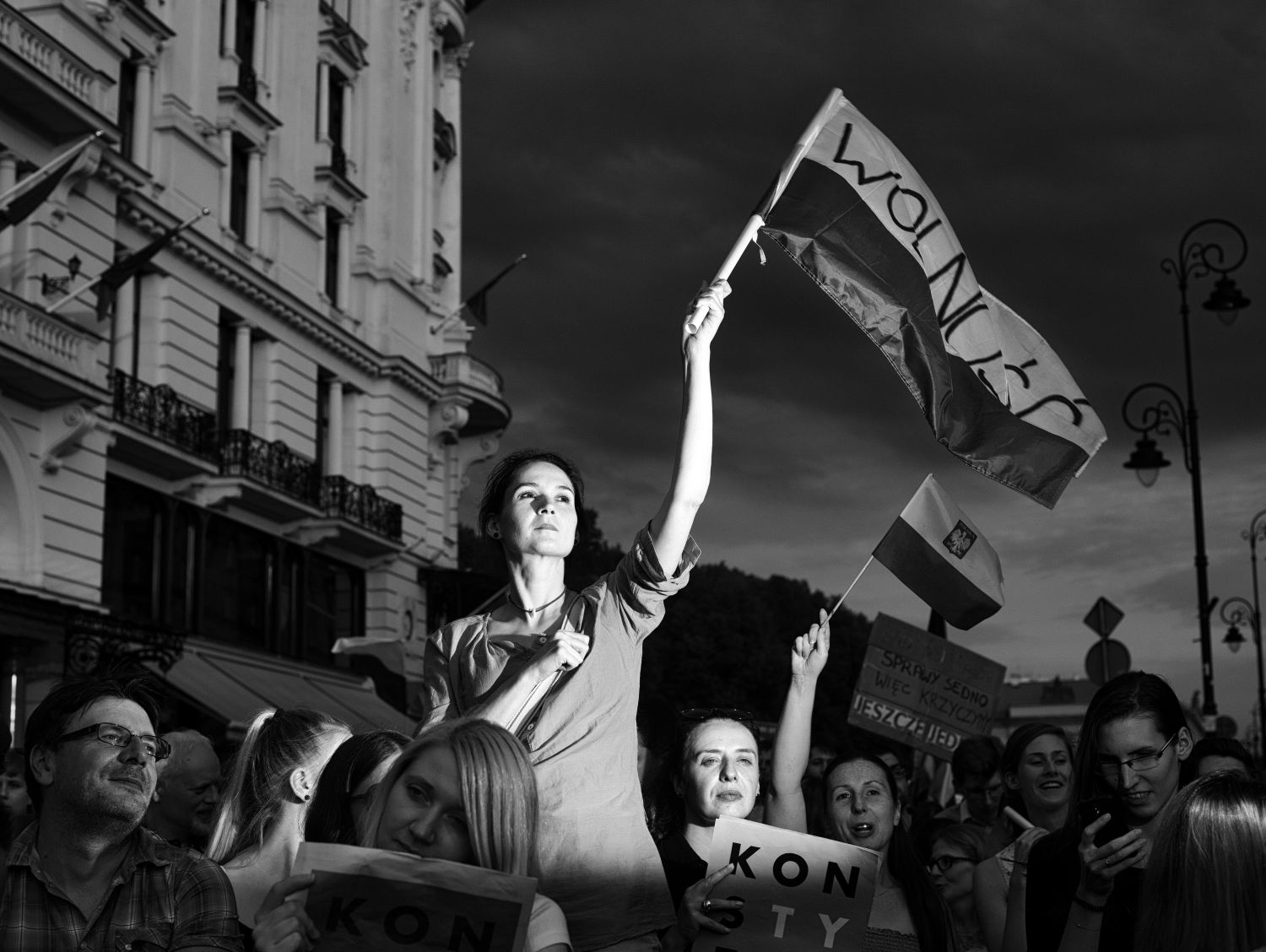 The Icon of 30 Years has been chosen!

We have the Icon of 30 Years! We have found a photograph that symbolises our Polish rebellious nature, our resistance and refusal to accept wrongs, and our struggle to change the world for the better. It is a symbol of the three decades of change in our country.

Adam Lach’s photograph tells a story of freedom, solidarity and independence. It shows the strength and uncompromising nature of us, Poles. It is also an expression of the growing participation of women in public life in Poland. The superbly-composed shot brings to mind the famous painting “Freedom leading the people to the barricades” by the French painter, Eugène Delacroix. In Adam Lach’s photograph, the young woman holding a flag with the word “Freedom” is almost three-dimensional. When we look at her, we are sure that she is free and independent. She does not feel the yoke, which her parents suffered under before 1989, the yoke of a regime that was totalitarian, communist and used censorship.

The author of the picture belongs to the same generation as the girl in the photograph. He was born in 1983. His entire education and adult life have been spent in what is now a free and independent Poland, bound by solidarity.

The joint organisers of the “Icon of 30 Years – Freedom and Solidarity” competition are Dom Spotkań z Historią [History Meeting House] and Press Club Polska. The competition is being held under the patronage of the International Association of Press Clubs. The winner’s prize is PLN 30,000.

We are seeking a photographic “Icon of 30 Years”

This year, we are celebrating the 30th anniversary of the turning point year of ’89 in Poland. Together with photographers, we are looking for a picture that will serve as a symbol of these three decades of change.
The iconic photograph may relate to a single event, a social process, a person or a group of people, a space, or to architecture or culture. We are seeking something that symbolically encapsulates these changes.
Our invitation to this quest is aimed at photographers in Poland and abroad, photographic agencies, as well as heirs of photographers who are no longer with us. We appreciate that it may well require much labour: searching through archives and perhaps even discovering yet unpublished photographs. But at the end of this quest, we want to be able to select an icon that will also serve to stimulate discussions on recent history.
The “Icon of 30 Years” will be chosen by an international jury. The winner’s prize will be 30,000 zl (approx. €7,000), and will include promotion of the picture in Poland and around the world.
The joint organisers of the competition are Dom Spotkań z Historią [History Meeting House] and Press Club Polska. The “Icon of 30 Years” competition is being held under the patronage of the International Association of Press Clubs (IAPC). 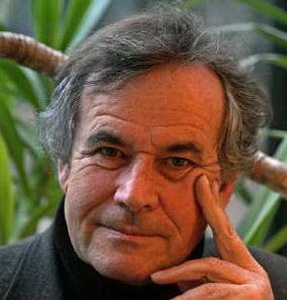 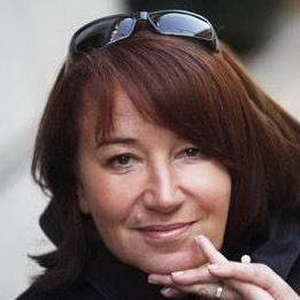 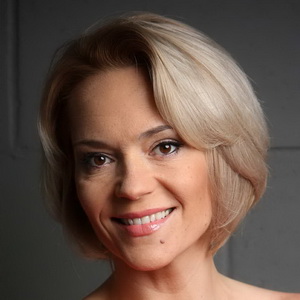 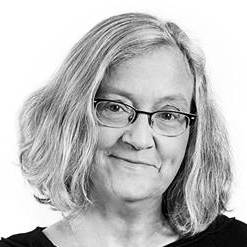 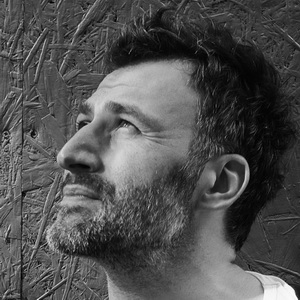 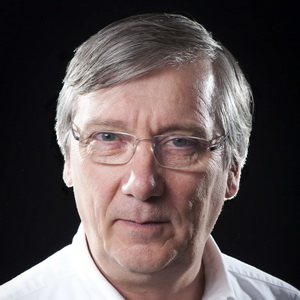 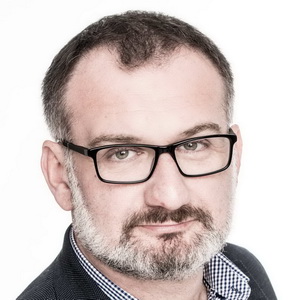 The History Meeting House (DSH) is a cultural institution in Warsaw. Our main focus is on the history of Central and Eastern Europe, Poland and Warsaw, during the 20th century.

We organise exhibitions, often based on unknown photos, debates, discussion cycles dealing with the history of Warsaw as well as presentations of feature and documentary films, educational workshops, seminars and conferences. We are also involved in publishing and our bookshop contains a wide range of publications relating to the 20th century. DSH promotes history through various sources and personal testimonies.

Along with the KARTA Centre, it runs the Oral History Archive: the largest collection in Poland that presents the records from direct witnesses, which have been amassed, compiled and shared. We also digitise photographs, documents and films.

Press Club Polska is a professional organisation of media people, with the aim of supporting journalists, improving their profession and safeguarding citizens’ rights to reliable information.

It is intended for all who are actually performing the journalist profession and for people who are professionally associated with the media. The Press Club organises its activities around three pillars: education, information and integration.

Rules for the competition: “Icon of 30 Years – Freedom and Solidarity”

Aim of the Competition

The aim of the Competition is to single out a photograph that will become a symbol epitomising the three decades of change that began with the events of 1989.

The organiser of technical part of the Competition is Press Club Polska. The Competition’s Organisational Office is located in Warsaw, at Al. Ujazdowskie 6A, post code 00-461.

Any professional press photographer, that person’s heirs, editor or photographic agency, referred to below as Participant, may submit a Competition entry. Each Participant may submit up to five (5) individual photographs. Submissions may only be made using the electronic entry form available on the website. Entries will be anonymised by the Organiser before their submission to the Jury.

The winner’s prize is PLN 30,000. In the event that the Competition is won by a photographer who is deceased, the Prize will be paid to that person’s heirs. If the heirs have not been established and inheritance proceedings are pending in their regard, the Prize will be paid out after their final and valid completion. If the heirs are not known, the Organiser will make an appeal, through one announcement in a national journal, for eligible persons to report within three months to collect the Award, substantiating their rights with appropriate documents. If an entitled person fails to get in contact by the expected date, this will give the Joint Organisers the right to assign the Prize to some other suitable cause at the discretion of the Joint Organisers.

The winner will be selected by the Jury. At the beginning of its meeting, the members of the Jury select a Chairperson of the Jury from among themselves. Representatives of the Joint Organisers may attend a meeting of the Jury to provide organisational and technical assistance, but without the right to vote. The Jury has the right not to award the Prize.

The Jury makes its decisions at a meeting by voting. Each member of the Jury has one vote. The Chairperson of the Jury organises the voting.

Meeting of the jury and selection of the winner: 14 – 28 May in Warsaw.

Announcement of the results and award of the prize: 30 May – 4 June in Warsaw.

In the event of winning the Competition, the person or entity that has submitted the photograph undertakes to collect the prize personally (or through a representative appointed in writing) at a special prize-giving ceremony.

Submission of a work to the Competition is tantamount to granting the joint organisers of the Competition (History Meeting House, Press Club Poland) with indefinite free-of-charge use (a non-exclusive licence) of the winning photograph, with no territorial restrictions, in print, audio and video form and on the internet, in all activities and publications associated with the Competition.

The Prize will be subject to tax in accordance with Polish law.

Matters that are not covered by the Rules will be decided by the Jury.

No procedure is available for any appeals.

The Competition Organiser’s Office is located in Press Club Polska